In this week's episode of the Geeks OUT Podcast, Kevin (@Gilligan_McJew) and @GrahamNolan discuss DC Rebirth, lament the lack of fireworks from Jubilee in X-Men Apocalypse, and debate the merits of the trending #givecaptainamericaaboyfriend on Twitter.

THIS WEEK IN QUEER: Gay Aqualad

THE BIG CLIP: 2nd trailer released for Star Trek: Beyond

Geeks OUT Podcast: Daisy and Confused 0 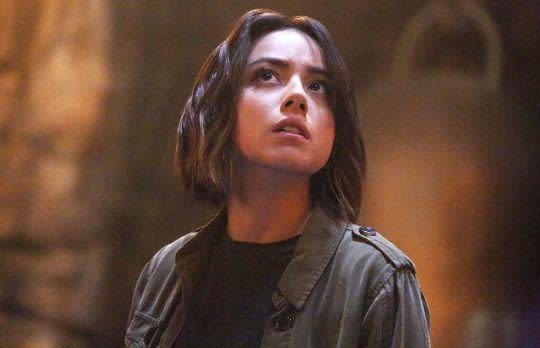 In this week's episode of the Geeks OUT Podcast, Kevin (@Gilligan_McJew) and @GrahamNolan discuss what Captain America: Civil War gets right and where it could improve, they mourn the loss of Agent Carter, and wonder aloud if Jada Pinkett Smith is enough reason to watch Gotham again.

Geeks OUT Podcast: Colton Haynes: Straight as an Arrow? No! 0

In this week's episode of the Geeks OUT Podcast, Kevin (@Gilligan_McJew) and @GrahamNolan start off their new format discussing Colton Haynes officially coming out in This Week in Queer, Olivia Munn kicking ass as our Strong Female Character of the week, and we get Down and Nerdy with the week in pop culture.