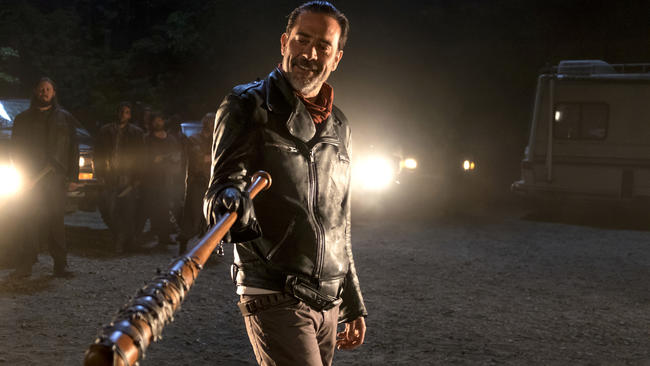 In this week's episode of the Geeks OUT Podcast, Kevin (@Gilligan_McJew) and @GrahamNolan discuss without spoiling (too much) the season premiere of The Walking Dead, we #StandWithChelseaCain, and celebrate Gotham exploring Penguin's feelings for Riddler in This Week in Queer.

STRONG FEMALE CHARACTER: Jessica Jones season 2 to be directed by only women

THIS WEEK IN QUEER: Gotham’s Penguin looking for love from Riddler

CLIP OF THE WEEK: Promo for next week’s Supergirl

Geeks OUT Podcast: What Happens in Westworld...Ctrl+Alt+Del 0

In this week's episode of the Geeks OUT Podcast, Kevin (@Gilligan_McJew) is joined by special guest @JonHerzog as they discuss the sex robots and A.I. in the new HBO series Westworld, the new trailers for Logan and Guardians 2, and celebrate the announcement of an Iceman solo series in This Week in Queer.

THIS WEEK IN QUEER: Iceman is getting his own solo title

CLIP OF THE WEEK: Westworld behind the scenes promos

In this week's episode of the Geeks OUT Podcast, Kevin (@Gilligan_McJew) & @GrahamNolan breakdown all the news from NYCC, including the new trailer for Iron Fist, the new solo titles for Batwoman & America Chavez in This Week in Queer, and celebrate Wonder Woman becoming an honorary ambassador for the UN as our Strong Female Character of the Week.

THIS WEEK IN QUEER: Batwoman is getting a solo book again

CLIP OF THE WEEK: New trailer for Rogue One released

In this week's episode of the Geeks OUT Podcast, Kevin (@Gilligan_McJew) and @GrahamNolan discuss the death of a favorite mutant, the rebirth of the Wildstorm Universe, and celebrate the new members of the JLA for our Strong Female Characters of the Week and This Week in Queer.

THIS WEEK IN QUEER: The Ray joins Steve Orlando’s JLA as possibly the first queer member

CLIP OF THE WEEK: Trailer for new horror/thriller Get Out written/directed by Jordan Peele