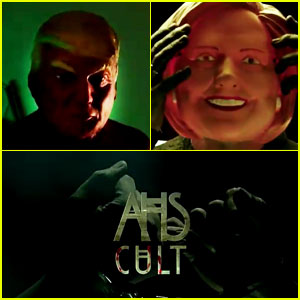 In this week's episode of the Geeks OUT Podcast, Kevin (@Gilligan_McJew) and @GrahamNolan discuss the election influenced trailer for American Horror Story: Cult, decide that the female characters are the best part of The Defenders, and share their reflections from Flame Con in This Week in Queer.

CALLING YOU OUT: Hellboy reboot casts white actor in role of Japanese-American character

CLIP OF THE WEEK: New trailer for BoJack Horseman season 4