In this special live recording of the Geeks OUT Podcast, Kevin (@Gilligan_McJew) and @GrahamNolan are joined by special guests: VP of Geeks OUT Nicole Gitau (@cocodevaux) and from Massive Goods (@gaymanga) Anne Ishii (@ill_iterate) as they discuss representation in pop culture, the demise of Powerless, and Captain Marvel joining the USA Winter Olympic team as our Strong Female Character of the Week.

THIS WEEK IN QUEER: James Gunn hints that Guardians of the Galaxy Vol 2 has a gay character

CLIP OF THE WEEK: Trailer released for Kingsman: The Golden Circle 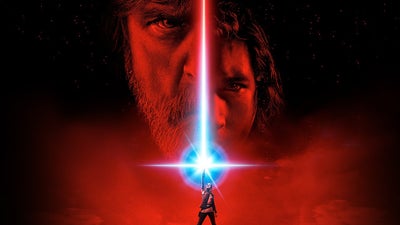 In this special bonus episode of the Geeks OUT Podcast, Kevin (@Gilligan_McJew), @Graham Nolan, and special guests Allie Kolarik (@AllisonKolarik) & Kotaku Managing Editor Riley MacLeod (@rcmacleod) break down the Week in Geek including the new Star Wars: The Last Jedi trailer, the Cloak & Dagger trailer, and the breakdown of the characters in New Warriors series.

THIS WEEK IN QUEER: Stranger Things and Riverdale’s Shannon Purser comes out

CLIP OF THE WEEK: Teaser trailer and poster released for Star Wars: The Last Jedi

It's the 100th episode of the Geeks OUT Podcast, and this week Kevin (@Gilligan_McJew) and @Graham Nolan welcome special guests graphic designer and Creative Director for East Coast Comic Con Allie Kolarik (@AllisonKolarik) and Managing Editor of Kotaku Riley MacLeod (@rcmacleod) as they have a panel discussion about what it means to be a queer nerd.

Enjoy some of the pictures from the recording including our cake celebrating 100 episodes. And be sure to join us next week for our Live Podcast recording at Anyone Comics in Brooklyn, NY Geeks OUT Podcast: Fantastic Gays and Where to Find Them 0 In this week's episode of the Geeks OUT Podcast, Kevin (@Gilligan_McJew) and @GrahamNolan lose it over the Thor: Ragnarok teaser trailer, discuss the Star Wars Force for Change charity contest, and wonder if Jude Law will be playing an out and proud Dumbledore in This Week in Queer.

THIS WEEK IN QUEER:  Jude Law cast as a young Dumbledore in the Fantastic Beasts sequel

Geeks OUT Podcast: Defenders? I Barely Know Her! 0 In this week's super sized episode of the Geeks OUT Podcast, Kevin (@Gilligan_McJew) is joined by special guests Nicole Gitau (@cocodevaux) and Phil Jimenez (@PhilJimenezNYC) as they discuss Marvel blaming a sales slump on diversity, a new teaser for The Defenders, and Doctor Who gaining it's first openly gay companion in This Week in Queer.

CLIP OF THE WEEK: Teaser released for The Defenders coming 8/18