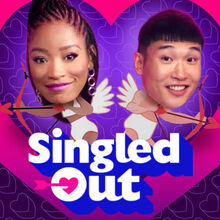 In this week's episode of the Geeks OUT Podcast, Kevin (@Gilligan_McJew) is joined by Geeks OUT President Nic Gitau (@cocodevaux), as they discuss the trailer for the new reboot of The Baby-Sitters Club, the first look at AppleTV+'s adaptation of Isaac Asimov's Foundation, and celebrate Quibi renewing Singled Out hosted by the queertastic Keke Palmer & Joel Kim Booster in This Week in Queer.

THIS WEEK IN QUEER: Quibi renews the queertastic Singled Out for a second season

CLIP OF THE WEEK: New trailer for Foundation